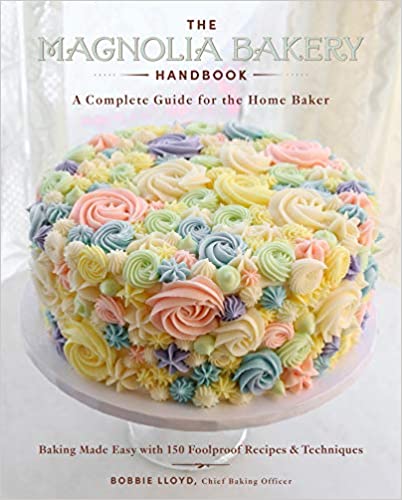 Published in celebration of Magnolia Bakery on the eve of its twenty-fifth anniversary, a beautifully photographed book offering nearly 150 scrumptious recipes and tips, tools, and techniques accompanied by 250 photographs and illustrations destined to be the favorite resource for the home baker.When it opened its doors in 1996, Magnolia Bakery quickly became a landmark and destination in New York City. Fans lined up around the block to get a taste of the shop’s freshly-baked cupcakes, cakes, banana pudding, cheesecakes and much more. Today, Magnolia Bakery can be found in shops in New York City, Boston, Los Angeles, Chicago, Washington, D.C., Dubai, Manila, and Bangalore. Bobbie Lloyd, Magnolia Bakery’s Chief Baking Officer, has played a critical role in maintaining the company’s reputation for handmade baked goods, and its authenticity and excellence throughout its growth. Bobbie has worked to update its classic treats, introduced new temptations, and carefully expanded the business both online and in new locations across New York and the world.The Magnolia Bakery Handbook is the first book Magnolia Bakery has published since the business was sold by the founders in 2007. Gorgeously designed, filled with irresistible creations, it is sure to become an essential staple for home bakers. Along with almost 150 recipes, all beautifully photographed, Bobbie shares hundreds of tips, tricks, techniques, and must-have tools for successful baking.